Over my years running Hamacon, I built up a Google Doc I called the “Hamacon Analog Gaming Bible.” These first few posts will be an adaptation of that. The first section is my packing checklist, so let’s start there:

END_OF_DOCUMENT_TOKEN_TO_BE_REPLACED

Five years ago, I was offered the chance to run analog gaming for Hamacon, a small anime con run by some of my friends in Huntsville. My only qualifications were (1) I had played tabletop games at cons before, (2) I own a lot of board games, and (3) I was willing to drive a car full of those games 3 hours away.

It was a great experience, mainly because Hamacon had a dedicated, knowledgeable community running it, and that community had the freedom to do some interesting creative things.

In my case, I wanted to build an analog gaming room for people like me: somewhat socially awkward, and interested in trying heavier or offbeat games I might not be able to experience elsewhere. I didn’t necessarily achieve that. Even if I had, that’s a very narrow focus which isn’t necessarily serving other attendees wants.

While I’ll likely be on a con staff somewhere in the future, I’m not currently, so I don’t feel like I’m revealing con secrets by adapting my con checklist (and other lessons learned) into a blog series. Hopefully, someone can benefit from some things I learned–or at least avoid some things that I failed at.

I’ll also mention that MTAC and Momocon were major inspirations for the way I ran Hamacon analog gaming. Which is to say: if you like tabletop games, they’re cons you might want to check out.

Posts in this series: 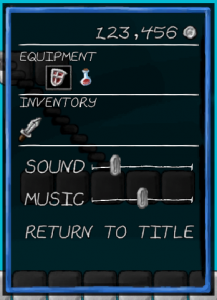 END_OF_DOCUMENT_TOKEN_TO_BE_REPLACED

I’ve been readying my demos for the Knox Game Design booth at the Knoxville Gaming Convention, which includes setting up some new demo tablets. Having used a Kindle Fire for demos a before, I feel like it’s a fairly reliable setup for anyone who develops Android games, so I thought I’d share it.

The goal here is to have a device specifically for demos. I’d rather not put my personal tablet or phone, which is linked to my Google Play or Amazon Appstore accounts, up for public access.

I have an Intel Compute Stick (which runs $100-$200) that I can use to run full-fledged PC demos. It’s nice and flexible, but it means I have to carry around a TV for each demo station I want to run.

I like Kindle Fires as demo devices for a few reasons:

Pay attention to the Android version

Remember that recent versions of Unity (e.g., within the last year or so) will not build to versions of Android before 4.1. If you’re buying a demo device that runs Android, make sure it can be officially upgraded to 4.1 or later, or you’ll need to rebuild your game in Unity 5. (Yes, there may be homebrew ROM upgrades available, but it may take some trial and error.)

For Kindle Fire, this means anything 2013 or later. If you want to be sure, there’s a list of versions and their corresponding devices on the Wikipedia page for Fire OS.

Setting up your Kindle Fire

If you’ve bought a tablet, you know how this goes. Your first startup is a tour of all the basic questions like language and wifi access, usually culminating in the option to login.

The key point here is to skip registering an account. You should have the option to do this during the process (for some models, you may have to go back to the previous step to do so), and the tablet should still work if you do.

If you bought a Kindle off of Amazon, the device may come pre-registered. You should find an option in Settings > Account to de-register the device.

You don’t have to put your game on the Amazon Appstore to install it on your device; you can copy over the APK and install it from a file manager.

If you get a “parse error” when you open the APK, go back and compare the tablet’s Android version to the minimum Android API level you selected in Unity.

Once installed your icon will show up on the complete list of apps. (It won’t necessarily show up on Games or certain other sections, simply because those aren’t available unless you register your Amazon account.)

Connecting to a TV

Physically mirroring your tablet to a TV is easy, but it requires some extra equipment you probably don’t have laying around.

The Kindle Fires I have use either SlimPort enabled USB (newer?) or micro-HDMI (older).

In the case of the USB, you can buy an adapter that will allow you to connect to both a HDMI cable (for mirroring) and a USB-B cable (for charging). This is the model I bought.

In the case of micro-HDMI, you’ll have a micro-HDMI port alongside your USB. (The HDMI port will be the wider of the two.) In this case, all you need is a micro-HDMI to HDMI cable.

END_OF_DOCUMENT_TOKEN_TO_BE_REPLACED

Here are the slides and sample code from my presentation “LINQPad Cookbook” at CodeStock 2018. (Sample code should contain test data and all necessary DLLs.)

I started looking into RPG Maker MV to update some of my VX Ace scripting panels and posts, and… it’s different. If you’ve read some of those posts, here’s a few things that might help with the transition.

END_OF_DOCUMENT_TOKEN_TO_BE_REPLACED

For the last few years, I’ve been collecting photos and GPS tracks from various hikes, so I’ve started compiling them into a directory: http://www.dylanwolf.com/hiking-trails/. It’s light now, but it will probably fill in as I visit and re-visit some places in the future.